The andrology lab at the Loma Linda University Center for Fertility & IVF is responsible for male patient sperm analyses and processing for insemination. 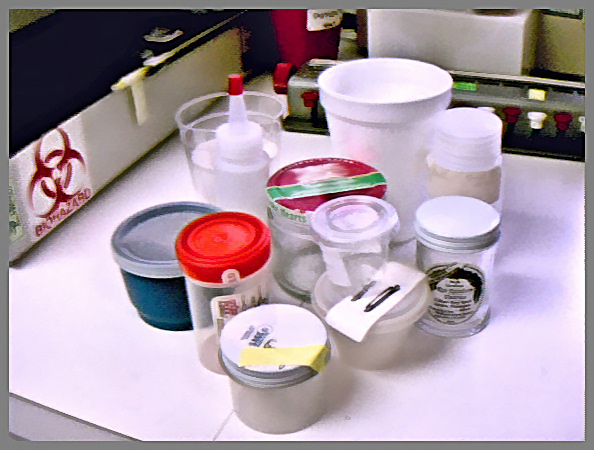 The correct type of specimen container for semen collection is important. Unsuitable cups, such as those shown in the photo, should not be used. The lab provides non-toxic specimen cups for our patients to ensure that the sperm testing is accurate and that the processed sperm can be used for insemination. 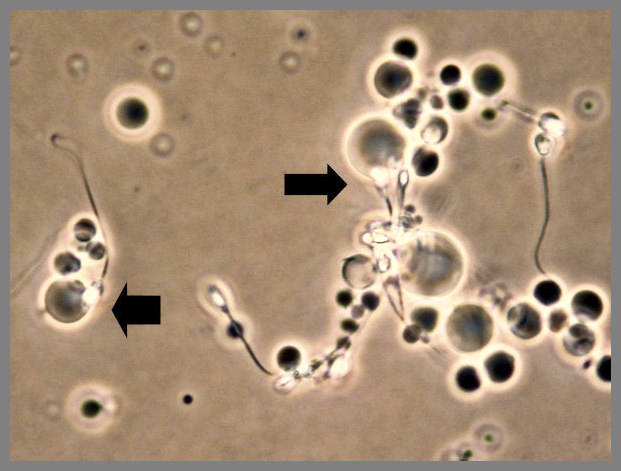 One of the sperm tests performed checks for antisperm antibodies on the sperm surface. By using immunobeads, the type of antibody and location is identified (for instance, on the head of the sperm). Intracytoplasmic sperm injection (ICSI) can bypass this form of male infertility. 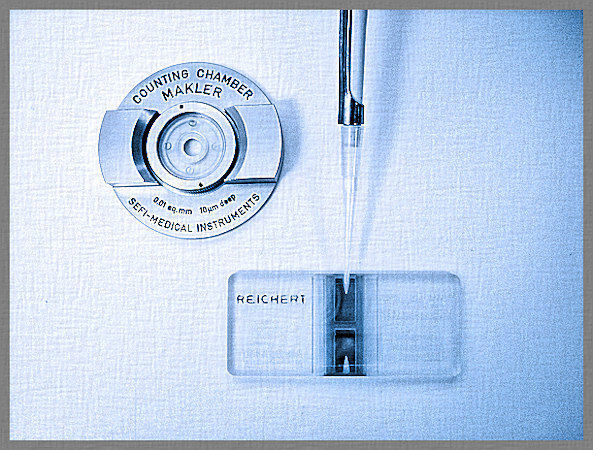 One of the most important sperm tests is to find out the sperm concentration, or sperm count, in a sample. At the Center for Fertility’s lab, this information is collected using either a hemocytometer or a Makler chamber.

Our lab participates in quality assurance programs of The Joint Commission and the American Association of Bioanalysts to ensure that the sperm counting is accurately performed.

Motility is important for the sperm to reach the egg in the fallopian tube. In the lab, motility measurements are categorized into four groups according to World Health Organization criteria:

Fertile sperm show off a special type of movement called hyperactivation, resembling wildly spinning tops at fixed positions with no directional movement. Research studies show that sperm cells activated for fertilization demonstrated this behavior. This type of movement is measured using the lab computer (providing an image like the ones shown here) and reported to the physician to assist in diagnosing male factor problems.

The capacity of each sperm to penetrate the egg membrane and unpack the tightly-coiled DNA found in its head can be assessed with the sperm penetration assay (SPA).

Inactive thawed hamster eggs are used in this test. The number of decondensed sperm heads in each egg is counted as shown in this photo on the left (arrows at two of the many heads). The DNA in each head is visible as a green circle under fluorescence microscopy shown on the right.

The percentage of sperm with normal shapes is obtained after a microscopic analysis of color-stained sperm fixed on a glass slide. The photo below shows a type A normal shaped sperm, as well as some of the deformed sperm.

This method is called the Kruger strict normal morphology or Tygerberg method. Infertile men have less than 4 percent normal-shaped sperm.

One method to test for broken DNA (fragmentation) inside a man’s sperm is to use the fluorescent dye, acridine, which paints sperm with normal DNA green and those with broken DNA a bright orange-red color. The photo on the right shows that routine microscopic evaluation cannot detect the difference and that the dye is necessary to expose sperm with broken DNA. 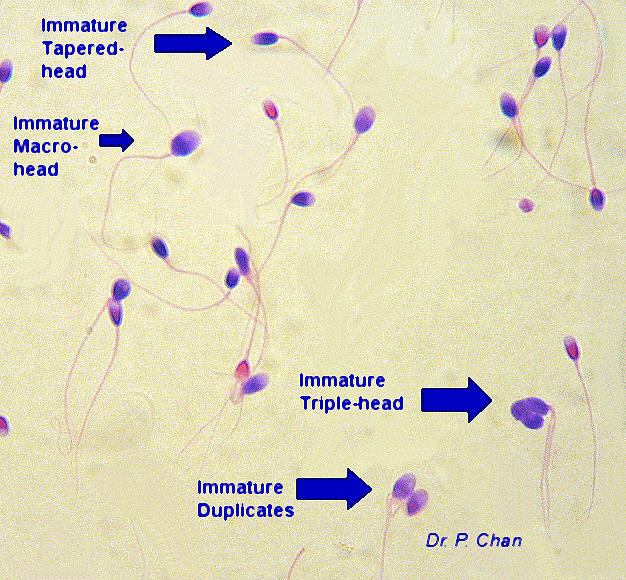 Sperm undergo a maturation process to tightly pack the DNA inside the head, and incomplete packing leads to infertility. Mature sperm can be distinguished from immature sperm using the acidic aniline blue-eosin stain.

Immature sperm are stained dark blue in contrast to the red mature sperm. The two colors can be explained by the difference in the type of amino acids found in the mature versus the immature sperm. 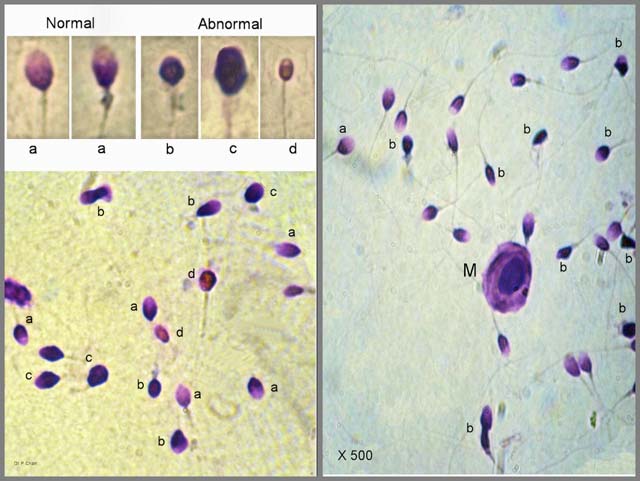 This photo was taken using light microscopy with oil immersion at a magnification of 500x. The chromatin status results have been correlated to percentages of fertilized eggs and pregnancy after intracytoplasmic sperm injection (ICSI). 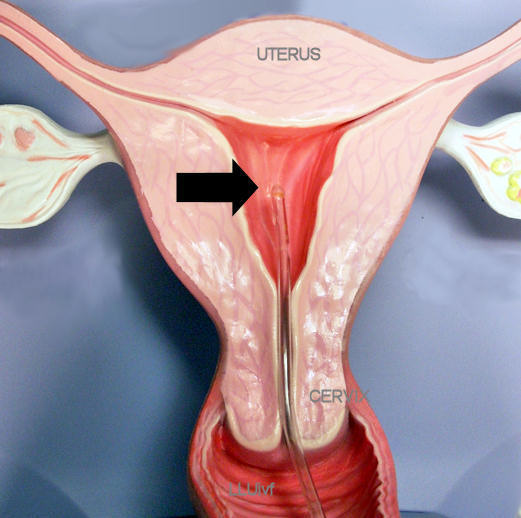 Sperm cells are washed free of seminal plasma by means of either the swim-up, the gradient centrifugation, motility-enhancer or test-yolk buffer method.

A simple pre-testing or trial wash helps decide which method is optimal for each patient. The washed sperm are loaded inside an insemination catheter and the sperm are released once the catheter is inside the uterus (where the arrow is pointing) as shown in this model. 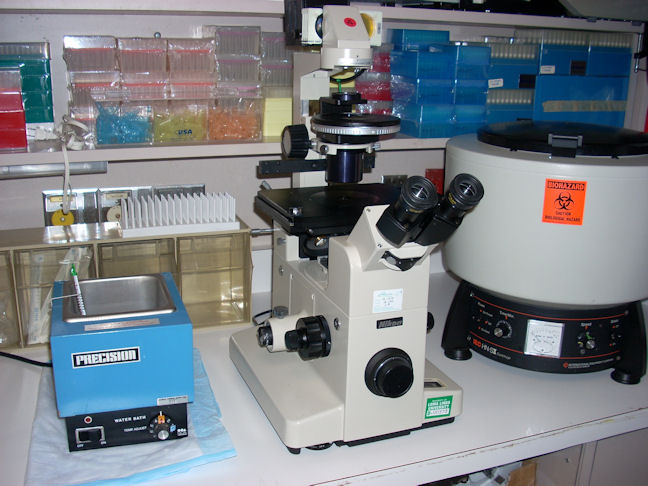 The lab is equipped to process sperm from asymptomatic patients with viral infections. The sperm cells are washed several times at a quarantined location and used for sperm injection (ICSI) in the IVF treatment cycle. Maximum precautions are taken at each step in the process.