Grace had a difficult path to motherhood: Double mastectomy, miscarriage and only one embryo without her genetic predisposition to breast and ovarian cancers.

For a woman wanting to be a mother it is difficult to learn that you carry a dangerous gene mutation that is easily passed along to your future children. That is exactly what happened to Grace. In her late 20’s Grace learned that her aunt has the BRCA gene mutations (BRCA1 and BRCA2), which are linked to high risks for breast and ovarian cancers.

Grace was tested and learned that she also carries the BRCA genes. Her doctors told her she needed to frequently screen for cancer. They recommended a mastectomy and hysterectomy to remove her breasts and ovaries.

“It was on my mind if I would pass along this gene mutation to my future child,” says Grace. “I read that pregnancy can exasperate breast cancer due to the hormone changes. I also thought if I had a child and then breastfed, I would have to delay surgery and put myself at further risk.” 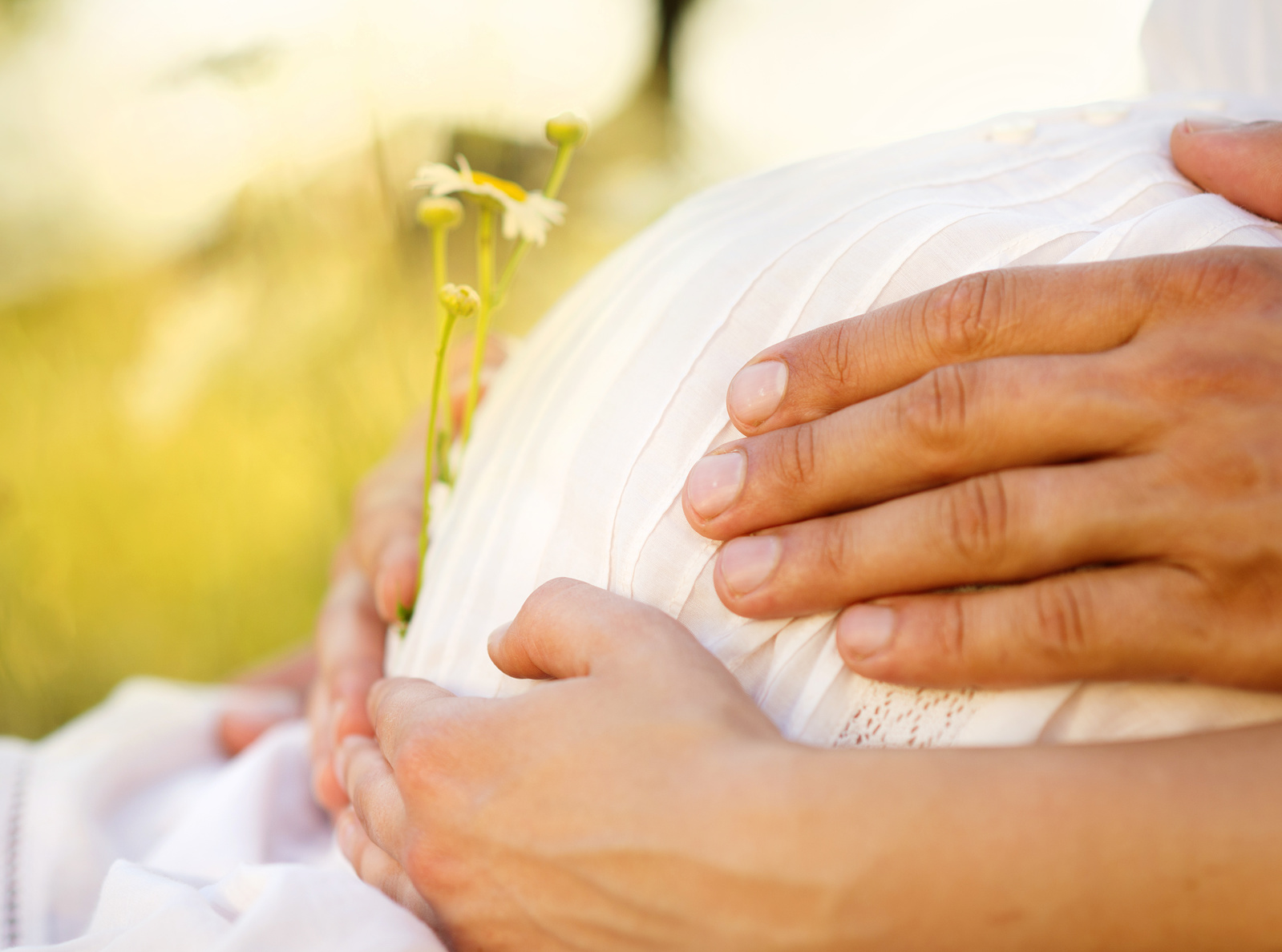 Shortly after finding out about her gene mutation, Grace became pregnant. She was happy about her pregnancy but nervous about passing the gene mutation on and developing breast cancer before she could have a mastectomy.

During her first trimester, Grace had a miscarriage.

“This was a hard time, but I took this as a sign from the universe and God that I should have a surgery to remove my breasts,” says Grace. “I knew I still wanted kids, and this would make it so that I wouldn’t be able to breastfeed. But being alive is more important than breast milk.”

By the end of the year Grace scheduled the surgery to have both of her breasts removed.

After surgery Grace and her husband, Eric, decided that it would be the year they would have a baby. They timed intercourse and did everything they knew of to conceive.

“My doctors were recommending me to get a hysterectomy at some point before 40,” says the 32 year old. “There was a bit of a time crunch to get pregnant.”

After months of trying to get pregnant on their own, Grace’s OB-GYN completed some fertility tests and found out that her ovarian reserve was low. Grace was referred to Dr. Gihan Bareh at Loma Linda University Center for Fertility & IVF.

“My OB-GYN told me Dr. Bareh was great, and that I would love her. And it is true, we have had a great experience with the clinic staff and Dr. Bareh,” says Grace. “She cares about her patients, she calls you on her own time and lets you know how things went. She knows each one of her patients intimately, you are a family and not just a number.”

After meeting with Dr. Bareh and performing some tests, they learned that both Eric and Grace had infertility issues contributing to their difficulty conceiving. He had low sperm motility on top of Grace’s low ovarian reserve which Dr. Bareh felt could be because of the BRCA2 gene.

Including genetic testing in their treatment

“We talked about our options and ultimately decided on starting in vitro fertilization (IVF) with genetic testing, which is a whole journey of its own,” Grace recalls. “I had to do testing and get an ultrasound that looked at my uterus. It found a polyp that I needed to get removed in order to increase our chances for pregnancy.”

After completing all the needed testing and having the polyp removed, Grace started her first round of IVF with the hormones. In this cycle doctors were able to retrieve around 20 eggs, and three-fourths were fertilized. But by the end of a six day waiting period, only four embryos were able to be frozen and sent for genetic testing.

Of those four embryos, genetic testing found that only one was normal and female, but even that was a low grade embryo.

“I was crying with overjoy but also sad because we did not get very many out of that cycle.”

The couple discussed their options and decided to do another IVF cycle to get additional embryos and then transfer the one healthy embryo from the first cycle to her uterus after the second egg retrieval.

This is like a fresh transfer but using a frozen embryo. This would allow for the possibility of additional children down the road, as well as an opportunity to get a higher grade embryo.

With the second round, none of the eggs turned into embryos.

Not giving up hope

“I had a strong feeling and said, ‘We have one embryo, let’s transfer it,’” says Grace.

Five days later the embryo was transferred to her womb. The suspense of not knowing if she was pregnant was getting to Grace.

She knew she was supposed to wait two weeks to take a pregnancy test but less than a week after her transfer, Grace took not just one but a whole box of pregnancy tests. Each one had a faint positive line.

Grace called Dr. Bareh and Dr. Johannah Corselli, the lab director, and told them that she was testing positive. They told her to come in for additional tests.

“Having gone through what I had been through before, I didn’t get too excited. But as the weeks went by, I got the typical symptoms like nausea that I did not have with my first pregnancy,” says Grace. “At six weeks we had an appointment with Dr. Bareh and found a heartbeat. We have been blessed ever since.”

Grace learned a lot about handling difficult situations in her struggles with mastectomy, miscarriage and infertility treatment. And she shares what she learned in order to help prepare others facing similar challenges.

“Do a lot of self-care, whatever that means to you. It is hard on your emotions, body and time. Make sure you stay connected with your partner and have date nights where you can talk,” she advises. “If you can, keep the intimacy alive. It’s not sexy to go through IVF. It is totally medical and takes the romance out of making a baby.”

Grace also says it was helpful to join a support group. “These days Facebook has a group for anything, and this was a great place to talk with other women who were going through a similar situation.”

Grace’s final tip is to not be too hard on yourself, because all things happen for a reason.

“She is just our little miracle. She was the only embryo that we were able to create. And we feel so blessed and overjoyed.”

Appointment request / contact
Request an AppointmentContact Us OnlineCall Us: (909) 554-3003