For couples considering natural cycle IVF, there are many factors that might not be apparent at first look.

Natural IVF is an idea that appeals to many fertility patients considering in vitro fertilization (IVF) to become pregnant. Natural cycle IVF is the accurate term for this procedure that retrieves the single egg created in the woman’s natural menstruation cycle and does not use drugs to stimulate a woman to produce multiple eggs, as is done in standard IVF.

Though “natural” always sounds appealing, natural cycle IVF may not be as appealing an option as many people think. And I don’t usually recommend it for a variety of reasons, the primary reason being that it isn’t as effective as standard IVF – by far.

A newer procedure called mini IVF does not utilize hormone injections to stimulate multiple egg production but involves low doses of clomiphene citrate for 10-12 days prior to egg retrieval. I’ll write about minimal-stimulation IVF and mini IVF in another blog, and focus here on natural cycle IVF (natural IVF). 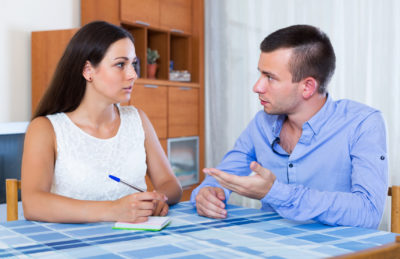 Natural cycle IVF costs less and it is sometimes advertised and offered to people who cannot afford standard IVF. But natural IVF also has less successful outcomes, according to the American Society for Reproductive Medicine (ASRM) and just about everyone else.

Natural IVF is an old technology

Standard IVF has a decades-long track record, and every aspect of the process is continually being refined and improved. One can easily find standard IVF success rates for every fertility clinic at the Society for Assisted Reproductive Technologies (SART) website. You won’t find SART-certified numbers for natural IVF success rates.

Natural cycle IVF hasn’t been practiced nearly as often as standard IVF. Natural cycle IVF was used to create the first baby born using IVF, but efforts to improve success rates have resulted in the standard IVF practice including the use of fertility drugs (hormones) to stimulate production of multiple mature eggs. This increases the chances of fertilization and pregnancy over using one egg, as in natural IVF.

A standard IVF cycle produces multiple eggs, which is important because every step of the IVF process – natural or standard – presents risks to the egg/embryo. If you only have one egg to start with, failure at any step in the chain means complete natural IVF failure. But after one failed step, the woman with multiple eggs from standard IVF is still in the game – and in addition to the one being implanted in her, she will likely have eggs/embryos she can freeze for future use.

For more information on IVF options, make an appointment with one of our reproductive endocrinologists.

Natural IVF is not as different as it sounds

Aside from not injecting medications to stimulate production of multiple mature eggs, natural IVF is similar to standard IVF in many ways:

Yes, one can save money on injections to stimulate multiple egg production, but the overall cost difference between natural IVF and standard IVF are not a deal-breaker for most patients. And from my perspective, it’s difficult to offer a patient a treatment that is still very involved and complicated with such a reduced chance of success.

The risk of OHSS in standard IVF is real, with about one in three women experiencing mild symptoms of OHSS during ovarian stimulation, according to ASRM. Women with polycystic ovary syndrome (PCOS) are at a heightened risk for OHSS, however they are usually unaffected with lower doses of stimulation drugs.

OHSS is classified as mild, moderate and severe, depending on the degree of swelling of the ovaries. Symptoms range from soreness to fluid buildup to weight gain. More acute symptoms, such as continued vomiting and difficulty breathing, require medical attention.

But most cases of OHSS are mild. And as we monitor the woman undergoing stimulation medications, we can reduce the dose.

Proponents of natural IVF say that another of its benefits is reduced chance of multiples pregnancy (twins or more) because only one embryo is implanted. That’s no longer a very valid claim, as the field of fertility is moving away from implanting multiple embryos. We’re better at identifying the best candidate and implanting just one embryo, a growing practice called elective single-embryo transplant (eSET). In 2013, LLU Center for Fertility was below the national average for live births with twins.

Is natural IVF a good choice for some women? Yes. Natural IVF may be right for:

I encourage fertility patients considering natural IVF to do a thorough accounting of all factors involved in the decision, including the cost, the reduced chances of success and the individual’s medical situation and values.

I advise that when speaking to a fertility expert about natural IVF (or minimal-stimulation or mini IVF), ask this simple question: what are the success rates for pregnancy and live birth per cycle initiated? With that hard number in hand, one can compare apples to apples.